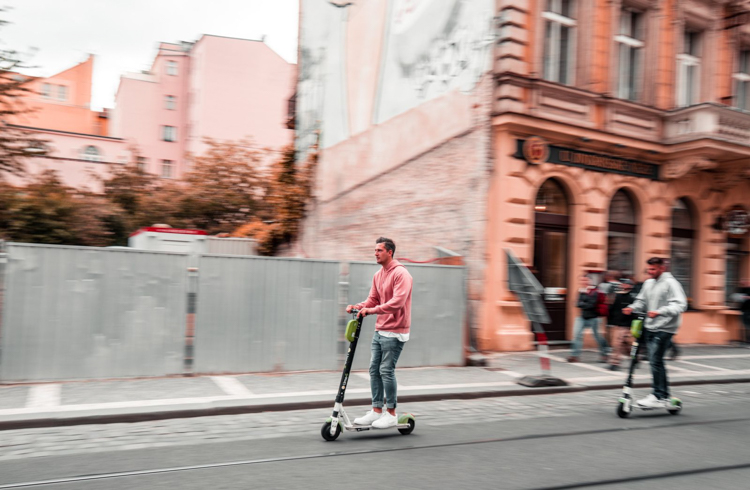 In this blog, we’re going to tackle Fort Lauderdale’s love-hate relationship with e-scooters, the dangers of the scooters and common injuries, scooter malfunction issues, and Florida e-scooter laws.

Dangers of Electric Scooters: Injuries, Collisions, and more in Fort Lauderdale and Florida

Generally speaking, there are a few dangers to be aware of when riding electric scooters in South Florida. The scooters are very fast, easily traveling up to 20 mph, with quick acceleration. People often ride the scooters in areas with a lot of pedestrians. Because the scooters have no home, they can be left anywhere - creating a tripping hazard for pedestrians or making sidewalks less accessible for someone in a wheelchair, for example. Most people riding the e-scooters also don’t wear helmets.

E-Scooters are also a bit more dangerous than riding a bike because the rider is much lower to the ground, and the device is much smaller than a bike which makes e-scooters harder for Florida drivers to see.

One of the biggest dangers, however, are the operators themselves. Because electric scooters are still a fairly new mode of transportation, scooter riders don’t always anticipate dangerous scenarios AND drivers also don’t always know how to look out for and avoid a crash with an e-scooter.

A study completed in San Francisco, California found more than 40,000 people were injured on electric scooters from 2014-2018, source. E-scooter injuries included broken bones, head injuries, cuts, and bruises. More than one-third of the 40,000 injured had head injuries. Consumer Reports also found that 75% of known deaths with e-scooters happened as a result of a collision with cars.

In Fort Lauderdale alone, in 5 months from December 2018 to May 2019, there were about 74 e-scooter accidents. One 27-year-old e-scooter rider died after being hit by a car.

A 55-year-old real-estate attorney was also injured in a collision with a truck while riding a Bird scooter during that same period, source. He was crossing a street downtown, and a truck turning from Federal Highway hit him. The man suffered serious injuries and needed to get surgery.

A Fort Lauderdale ER doctor said he often receives emergency room patients with head injuries and even fractured skulls from electric scooter accidents. More than 100 people arrived at Broward Health Medical Center via ambulance in 2019 from scooter injuries. A third of the injuries - about 33 - had head injuries.

Common injuries the ER treats from scooter accidents include concussions, brain hemorrhages, and other head and face injuries. This is largely due to most e-scooter riders not wearing helmets. About 3% of injured e-scooter riders were wearing a helmet at the time they got hurt.

One 27-year-old woman was riding a Lime scooter home from work at Broward Health when she collided with a car at a residential intersection just 2 miles from home. She was riding in the street and wasn’t wearing a helmet, according to Sun Sentinel.

She suffered a severe brain injury, multiple broken ribs, a fractured skull and she even had a part of her skull removed by doctors. She remains in a vegetative state. Her family has sued the Lime Scooter Rental Company, according to the Broward Palm Beach New Times.

Due to the increasing demand for rental scooters, in some instances, the companies have been negligent in servicing their scooters. The negligent servicing and maintenance of the rental e-scooters have caused injuries to south Florida e-scooter riders.

A 26-year-old rode a Lime brand e-scooter in Miami on Brickell Avenue, and the brakes on the Lime scooter failed as she approached a busy intersection. She tried to slow down and steady herself but ended up falling backward and hit her head on the concrete. She wasn’t wearing a helmet.

There are also several lawsuits in Broward County alleging scooter malfunctions that led to accidents and injuries for Floridians and tourists riding the e-scooters, source.

One of the issues with e-scooter riders getting injured has to do with the fact that South Florida cities don’t have the infrastructure needed to safely support this new, quickly growing, mode of transportation. The roads and sidewalks simply weren’t designed with e-scooters in mind, according to the Sun Sentinel. When e-scooter riders ride in the streets, it puts them at a far greater risk of getting into an accident with cars and other drivers and users of the roads. This greatly increases the risk for all sorts of injuries, especially head traumas.

Las Olas sidewalks, in the main downtown center of Fort Lauderdale, are now a scooter-free zone from Andrews Avenue all the way to Southeast 17 Avenue in Fort Lauderdale. Scooters are banned on sidewalks on Las Olas and along the beach, so they’re only allowed in bike lanes, source.

Any county or municipality may enact ordinances to permit, control, or regulate the operation of e-scooters under Florida Law. If using E-scooters is allowed on sidewalks, the state says that local ordinances must set a maximum speed limit of 15mph according to FLHSMV.

There are several bicyclist laws in Florida, and each of them applies to E-Scooter riders. Here we will highlight some of the most important Florida Bike Laws, but you can find the whole bike statute here.

Florida Bike Laws that apply to E-Scooters Include:

If you violate any of the E-scooter laws (as spelled out in Florida bike laws and local ordinances) in public, a Florida law enforcement officer may issue a noncriminal traffic infraction.

Injured by an E-scooter Rider, or While Riding an E-Scooter in South Florida? We Offer FREE E-Scooter Injury Consultations

Regardless of how it happened, if you were injured in an accident involving an e-scooter, you may be entitled to financial compensation.

Whenever someone else’s negligence or carelessness causes you to be injured, you may have a valid injury claim in the state of Florida that entitles you to compensation for your medical bills, injuries, and pain and suffering.

As e-scooter injury attorneys in South Florida, we’re here to help ensure that you’re taken care of - the right way. We offer free consultations to anyone injured while riding an e-scooter and for anyone injured by an e-scooter rider. We take the time to listen to your story, advise you of your rights and the options available to you to seek compensation.

While our Injury law office is located in Coral Springs, Florida; we serve the entire South Florida area and the state of Florida. Learn more about who can be liable for an e-scooter accident in Florida here.

by Andrew Rosenberg
Connect with me
Helping Florida state residents with all of their estate planning and personal injury legal needs.
Be the first to comment!
Post a Comment

Can I Get Money After My Accident?Request Your Free Copy