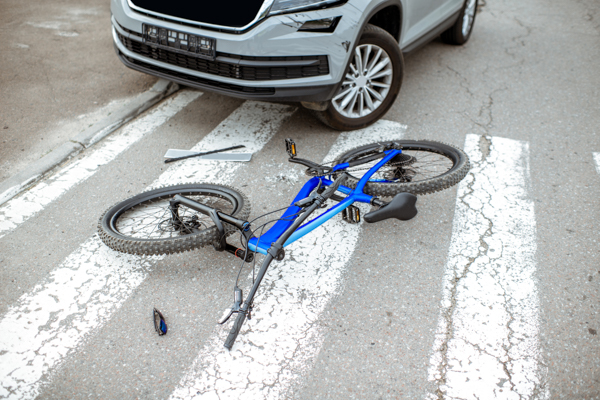 You’ve seen it a hundred times before. A bicyclist weaving between cars in traffic, rolling through a stop sign, or riding through a red light if there isn’t any cross traffic. Maybe they go from riding their bike on the sidewalk and hop down into the road. As a motorist, this can be frustrating and even frightening. It can feel like you might accidentally hit a bicyclist who isn’t following bike traffic rules.

Or maybe you are a bicyclist yourself and you want to maintain your fitness and commute to work more efficiently. Because bicyclists are far more vulnerable than motorists, even collisions that appear minor can be catastrophic. Here are some common causes for bicycle accidents.

Whether you’re driving or biking, it’s important to know Florida bike laws in order to keep yourself and others safe.

Bike Traffic Rules in South Florida: What Rules Do Bikers Need To Follow?

In the state of Florida, bicyclists are defined as drivers and bicycles are their “vehicles” under Florida law.

This means all the rules that apply to drivers of motorized vehicles (such as cars) also apply to cyclists. Cyclists in Florida have all the rights and all the duties of any other driver according to Florida Law 316.2065(1).

Cyclists must follow all the typical rules of traffic just like any vehicle in South Florida. There are a few additional guidelines and clarifications.

Important bicycle rules of the road in Florida:

Cyclists are required to remain in the bike lane. If there is no bike lane, they must remain as close as practicable to the right-hand curb. However, bicycles are entitled to the entire lane, and thus motorists should not try to squeeze past in the same lame. Trying to pass a bicyclist who is in the main lane of traffic because there is not a bike lane is dangerous for all involved. Cyclists may legally leave the far-right position in the lane of traffic under the following circumstances:

Cyclists, like any other driver of a vehicle, must come to a complete stop at all traffic signals and stop signs. If you are a cyclist and you are injured while going through a red light, you may be found at fault and deemed negligent, thus limiting or preventing any injury settlement. Don’t risk it, follow Florida’s bike laws.

As vehicles, bicycles are permitted to pass other vehicles assuming that they are traveling slower than the flow of traffic and can do so safely. Here are a few rules about passing on a bike, or being passed by a vehicle.

Any time you are riding a bike while it is dark outside, Florida Bike Law requires you to have a bright white light on the front of your bike, and both a red reflector and a red light visible from 600 feet behind. This is both for your safety and the safety of others. If you are riding at night, make sure you have proper lighting on your bike and don’t wear dark clothing. Better yet, wear a reflective vest.

Riding Bikes on the Sidewalk in Florida:

Whether you are following all of these laws or none of them, if you are injured by a motorist, another cyclist, or even a pedestrian, you need to speak with an experienced South Florida Bike Accident Injury Lawyer today. Please contact us online or call our Coral Springs office directly at (954) 755-7803 to schedule your free consultation.

Florida Law only requires the use of a helmet for children under 16 years of age (Florida Law 316.2065(3)(d)). Although a first offense will likely only result in a warning, education, or a revocable fine, the main concern here is your safety, not the law.

Whether you are an adult or child, helmets are vital to your protection while riding a bicycle. As South Florida Bike Accident Injury Lawyers, we’ve been around the block. Here is our advice:

Can I get a DUI On a Bicycle in South Florida?

YES, you can get a DUI on a bike in South Florida.

As explained above, a bicycle is considered to be a vehicle in Florida (Florida Statute 316.003(4)). That means that the laws against drinking and driving apply to riding a bicycle as well.

You may think that a bike is a safer form of transportation than driving if you have been drinking, but biking under the influence can put you and others at risk. Better to call the cab and leave the bike for your daily commute or weekend leisure time.

How to Get Legal Help For Your Florida Bicycle Accident

If you or someone you love suffered injuries while riding a bicycle, a personal injury lawsuit may be the only way that you can fully recover financially.

Many injured riders are eligible to seek compensation from the expenses related to the accident, including emergency medical treatment and long-term care needs, physical therapy and rehabilitation, and lost wages, as well as compensation for the pain and suffering.

The Law Office of Andrew G. Rosenberg, P.A. is here to help bicyclists who have been injured by careless or negligent drivers start the process of financial recovery. If you've been hurt in a bicycle accident you need to speak with an experienced Florida bicycle accident lawyer as soon as possible.

Please contact us online or call our Coral Springs office directly at (954) 755-7803 to schedule your free consultation. We proudly serve Florida residents including all of Fort Lauderdale, Boca Raton Miami-Dade County, Broward County, Palm Beach County and all points in between.

by Andrew Rosenberg
Connect with me
Helping Florida state residents with all of their estate planning and personal injury legal needs.
Be the first to comment!
Post a Comment