Can my employer retaliate against me if I file a workers’ compensation claim? 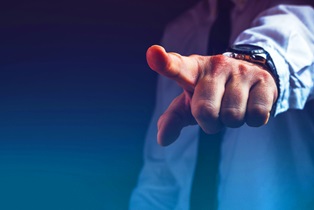 Retaliation for filing a workers’ compensation claim doesn't have to be the only reason for your discharge, intimidation, or coercion. However, it must be a substantial factor in the retaliatory actions taken by your employer.

How to Prove Employer Retaliation

Your employer is unlikely to admit the reason you were fired or experienced a form of retaliation was because you fired a workers’ compensation claim. In order to prove that your employer retaliated against you, you have to look to other evidence.

This evidence may include, but is not limited to:

Other behavior, notes, emails, and documentation may also be useful to your case.

Florida is an employment at will state. This means employers can fire employees at any time, without cause, but they may not fire employees for a reason specifically prohibited by state law. Firing or otherwise retaliating against an employee who files or attempts to file a valid workers’ compensation claim is against the law.

If this happened to you, it's important to protect your rights to workers' compensation. Call the Law Office of Andrew G. Rosenberg, P.A., or use the brief contact form on this page to learn more.

The Documents Every Estate Plan Should IncludeRequest Information

Why You Need An Estate PlanRequest Information

Saving For College With A 529 Saving PlanRequest Information

Do I Need An Attorney To Draft My Will?Request Information

A Guide To Putting Your Affairs In OrderRequest Information