What Should I do If I’m Hit by a Drunk Driver?: Car Accident Attorney Explains your Rights after a DUI Car Crash in Florida

What Should I do If I’m Hit by a Drunk Driver?: South Florida Car Accident Attorney Explains your Rights after a DUI Car Crash 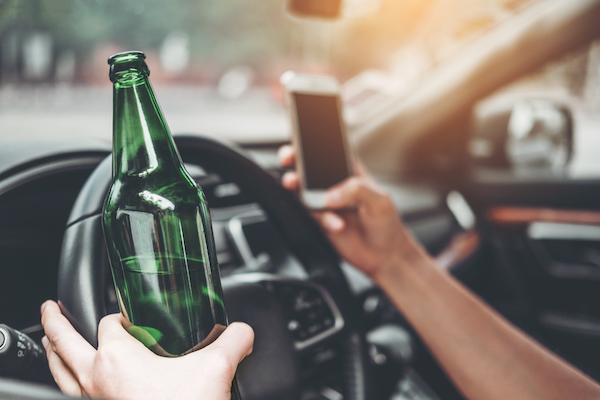 Drunk driving and driving under the influence - whether intoxicated by alcohol, drugs, or prescription medicine - puts everyone driving on the roads in South Florida at risk for serious injuries, and even death.

DUI accidents are unfortunately more common than we’d like to think. In South Florida there were at least 30 documented car crashes related to alcohol and drug impairment in 2019 (FLHSMV). In Broward County alone there were about 1 dozen DUI crashes in 2019, so roughly 1 crash per month was related to drug or alcohol impairment.

More than 30 people in South Florida were injured in alcohol and drug related crashes in 2019, while 24 people died due to DUI crashes.

One of the greatest benefits of living in South Florida are the miles and miles of beautiful beaches the east coast has to offer. The scary reality, however, is that many adults spend time at the beach day drinking alcoholic beverages. Spending time at the beach - or on a boat - in the sun while consuming alcohol can be a dangerous set up for driving home at the end of the day. Alcohol will have a stronger effect on someone who is dehydrated from time in the sun.

As a driver in South Florida, it’s important to be especially careful when driving on holiday weekends, near the beach, and of course downtown at night when it may be more likely that people are driving under the influence.

What Should I do if I’m in a Car Crash with a DUI Driver?

If you were involved in a car crash of any kind, we recommend calling 9-1-1 immediately. We especially strongly recommend you call police right away if you have any indication that the other driver might have been driving under the influence of alcohol or drugs. It is always best to err on the side of caution, no matter the location or time of day.

Police will be able to assess if the other driver was driving under the influence, which will help keep the roads safer and that documentation in the police report will help your civil injury case.

After you’ve called Florida police to the scene for a police report, and after you’ve gotten any of the medical attention you need immediately after the DUI car crash, your next move should be to call an experienced DUI injury car accident lawyer.

A Florida injury lawyer can help you file a claim against the other driver to provide you with compensation you’re legally entitled to in order to recover from your injuries.

Your Rights If You are Involved in a DUI Car Accident

Because DUI accidents are unfortunately very common, it’s important to understand the damages you’re entitled to if you’re injured by a negligent DUI driver. If you were hurt in an accident with a negligent driver, especially if a DUI driver is involved, you need a DUI car accident attorney on your side to represent you after the crash.

An injury lawyer can file a lawsuit for you that can allow you to recover compensation for things like:

In addition to any and all medical expenses, victims of DUI car crashes can also seek compensation for pain and suffering and mental and emotional anguish. Even if the person who hit you is not criminally convicted of a DUI, you can still have a successful civil case against the DUI driver.

If you were involved in an accident caused by a drunk or drugged driver, reach out to a personal injury attorney to ensure your legal rights are protected and you’re able to get all the medical care you need to recover from your injuries. An experienced attorney will investigate your situation and advise you of your legal options if you want to seek compensation.

FREE Consultations for Victims Injured by Drunk Drivers in Florida

If you were injured in a car accident involving a drunk driver, speak with an experienced Florida DUI car crash victim lawyer as soon as possible.

Please contact us online or call our Coral Springs office directly at 954.755.7803 to schedule your free consultation. We proudly serve Florida residents including all of Fort Lauderdale, Boca Raton, Miami-Dade County, Broward County, Palm Beach County and all points in between.