Not every motorcyclist who has an accident needs a lawyer. If you had an accident in which no one else was involved, damage to your bike was minor, and/or you weren’t injured, you might not require legal representation. Many bike crashes, however, do cause serious injuries—especially in Florida, where there are more motorcycle accident deaths than in any other state and nearly 20% of traffic deaths occur in motorcycle wrecks. 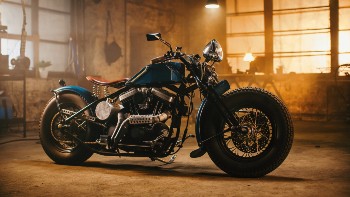 Statistics like these can lead to the notion that motorcycle riders are reckless and cause many accidents, which is not necessarily true. The Center for Urban Transportation Research at USF conducted a 10-year study of Florida motorcycle wrecks and found the other driver was to blame 60% of the time. If you’ve been injured in a motorcycle wreck in Florida, it’s very possible that you were the victim of an at-fault motorist driving recklessly, impaired, or violating traffic laws.

If you’re a motorcyclist injured by a negligent driver in Florida, you may file a claim seeking compensation for medical bills, lost wages, property damage, and pain and suffering—just as any accident victim can. As a motorcyclist, though, you are likely to encounter an obstacle that other accident victims don’t: biker bias.

Unfortunately, there are many people today who see you as a wild, reckless thrill-seeker or an outlaw on two wheels with no regard for safety or traffic laws. If you had an accident, they’re sure it was your fault. This type of prejudice, which affects your chances of getting fair compensation, can be found among several groups of people:

As common as it is, this stereotypical idea could not be further from reality. Approximately 75% of motorcycle wrecks involve a bike and one or more cars. In most of those cases, the driver of a car causes the crash by disobeying a traffic light or stop sign and failing to yield the right of way to a motorcycle at an intersection. Accidents are also caused by poor road conditions, over which the motorcyclist has no control. Still, other crashes happen when drivers don’t pay attention to motorcycles merging, turning, or changing lanes.

Whatever the cause, injuries suffered in a motorcycle wreck are usually more severe than those sustained by drivers or passengers in closed vehicles. Some common motorcycle accident injuries are:

One or more injuries like these can lead to soaring medical bills, long-term recovery/treatment, lost wages, disability requiring lifelong care, and/or extreme physical and mental pain and suffering. Prejudice on the part of insurance adjustors, jurors, or judges might make it hard for you to receive the high award you deserve as compensation for your damages. An experienced motorcycle accident lawyer knows how to overcome this stereotypical thinking, whether during negotiations with insurance companies or in court if your case goes to trial.

Because of potential bias, you can’t rely solely on the accident report prepared by the police or the defendant’s insurance company, which will do anything it can to dispute your claim and offer you a low award. Your lawyer knows this and will:

Have You Been Injured In A Florida Motorcycle Accident?

If you've been hurt in a motorcycle accident you need to speak with an experienced Florida motorcycle accident lawyer as soon as possible. Please contact us online or call our Coral Springs office directly at 954.755.7803 to schedule your free consultation. We proudly serve Florida residents including all of Fort Lauderdale, Boca Raton, Miami-Dade County, Broward County, Palm Beach County and all points in between.

What Adjusters Look For In Evaluating Your Proof Of DamagesRequest Information