DUIs and How To Be Rightfully Compensated In A Car Accident

When it comes to cases involving DUIs, you will have more leverage if you wait to seek a settlement until after the at-fault driver has been convicted of driving under the influence (DUI). You are likely to get a higher settlement offer from the insurance company because they try their best to avoid a lawsuit that ends up in front of a judge and jury, since the outcome is usually favorable towards the victim of DUI cases. If a civil suit ends up being filed, the case will most likely end in a pre-trial settlement in a final effort of the insurance company avoiding court. The fact that the at-fault driver was found guilty of a DUI gives your attorney an advantage in negotiations for higher compensation from the driver’s insurance company. 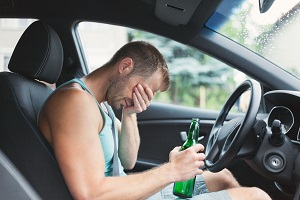 If the negligent driver was cited with a DUI, it will most likely be in the police report on your case file, which is used when sending the demand letter to the insurance company. The demand letter that gets sent to the insurance company includes an explanation of the accident that proves their client is fully liable for the accident. Your attorney should be thorough in making sure their DUI is mentioned in proving their negligence and their liability  (see blog on protecting yourself).

At the Law Office of Andrew G. Rosenberg, we fully understand the severity of driving under the influence and are dedicated to making sure that drivers who unfortunately choose to do so are held accountable for their deplorable choices. The damages that a drunk driver can cause when involved in a car accident often go way beyond minor injuries and although every case is different, we know there is no adequate compensation for the loss and pain caused by any accident, especially when a DUI is involved. Andrew Rosenberg, PA is dedicated to getting his clients what they rightfully deserve in those situations.

Have You Been Injured In A Florida Car Accident?

If you've been hurt in a car accident you need to speak with an experienced Florida car accident lawyer as soon as possible. Please contact us online or call our Coral Springs office directly at 954.755.7803 to schedule your free consultation. We proudly serve Florida residents including all of Fort Lauderdale, Boca Raton, Miami-Dade County, Broward County, Palm Beach County and all points in between.

What Adjusters Look For In Evaluating Your Proof Of DamagesRequest Information